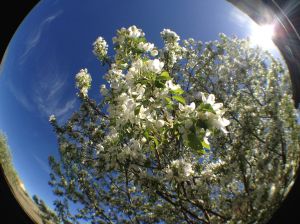 I remember his words clearly – “You must focus!” The gifted French Osteopath and my visceral manipulation teacher, Didier Pratt was emphatic about focusing one’s attention in order to detect the subtle movement of the internal organs. Feeling the highly energetic quality of visceral motility challenged most of us in the class at first. Then, as we got used to the feeling and could make sense of the information coming from the body on the table, detecting the movement got much easier. Over the course of 20 days of intense classes, I got really good at it, and it remains a staple of my practice today (twelve years later).

As I practiced visceral manipulation over the years, the experience tuned my hands so that later, when I  began doing Energy Healing, my sensory awareness was ready to kick-in. Still, feeling the vibration of a client’s oscillating fields takes focus and attention. It’s not difficult – and everyone can do it – the focus part is just about being fully present in one’s body and noticing the sensations that come to the hands to be recognized and interpreted.

When I taught that first Energy Healing class, some of the participants thought this ability was almost magical – that somehow I had a gift that no one could learn. Passing my hand over the student’s body from head to feet, I showed them how to feel the strength of the field – hot places, empty places, prickly places – I call it scanning. Soon, they could do it too. As the class broke into pairs to practice, I sat and watched the delight, heard the laughter as each person discovered that when they focused, they felt the vibrations and then quickly learned to interpret what those vibrations meant.

Focusing is usually associated with photography or vision. When an image is in focus, it’s clear, sharp, easily seen. The word is rarely used to describe the sense of touch. Yet, as someone who has learned to focus their sense of touch, I can say it opens to the senser a world of information just waiting to be recognized.

What other senses have you experienced on a deeper level by focusing?

2 comments on “You Must Focus…”

Feel free to leave a comment, you know you want to... Cancel reply

A Few of Cathy’s Photos

© Cathy Ulrich and LargeSelf, 2012-2014. Unauthorized use and/or duplication of this material without express and written permission from this blog’s author and owner is strictly prohibited. Excerpts and links may be used, provided that full and clear credit is given to Cathy Ulrich and LargeSelf with appropriate and specific direction to the original content.
Loading Comments...
Comment
×
<span>%d</span> bloggers like this: